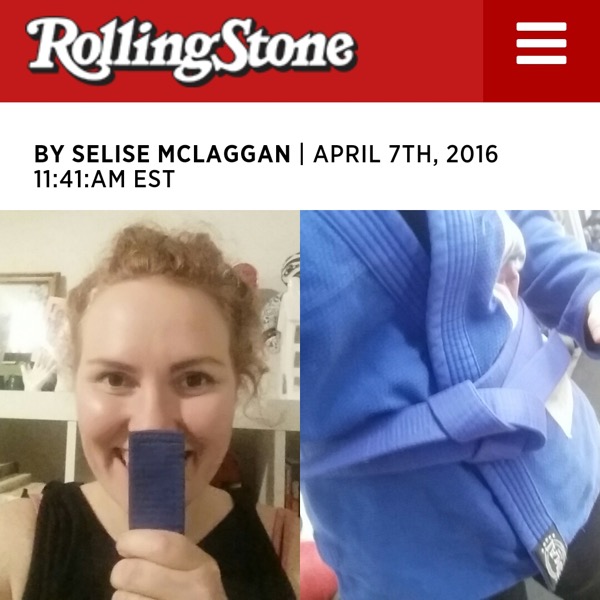 This is something I posted on Instagram this morning but it is too big a moment not to include here on my blog.

Well. What a week! Published in Rolling Stone and awarded my blue belt in BJJ.

I have to say, the common thread between the two (aside from the obvious word “rolling”) is definitely perseverance.

I can’t seem to nail down an exact date in early April but from the day I took my very first BJJ class to when I was awarded my blue belt on Saturday is pretty much three years to the day. I am 100% in love with the art but I’ve been injured so much that on the times I couldn’t roll, I could have easily given up and stayed home. But instead I showed up to classes. I watched techniques. I did everything I was allowed to do and some I wasn’t. Night after night after night I showed up and it paid off.

So listen. If something’s really important to you, go after it. Keep going after it. Show up. Show up again. And don’t let go.