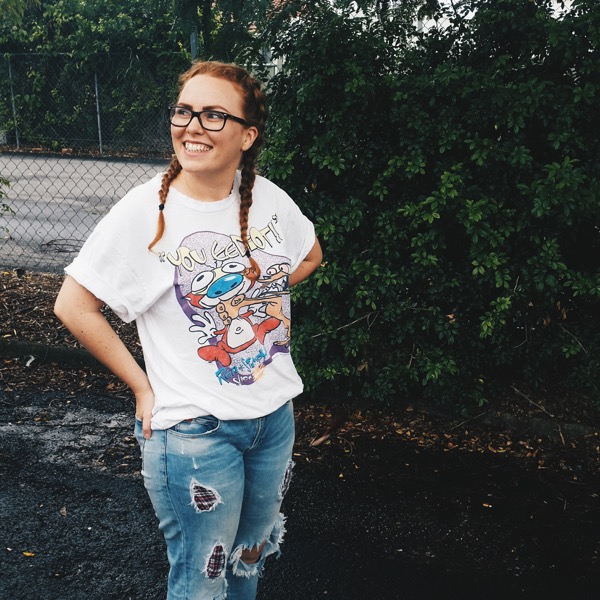 I got this Ren & Stimpy T-shirt for my 13th birthday. Which makes it vintage. Can you believe it? I can’t. I mean I can, but I’m reluctant. 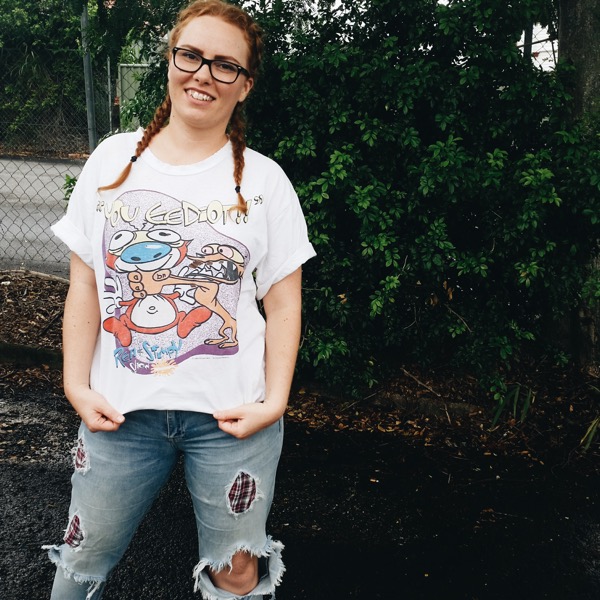 At the bottom of the image is the little copyright symbol and the year 1994. I got the shirt in April 1995. And I loved it. Wore it all the time. In fact, my wearing it got Ren & Stimpy shirts banned from my high school. Go figure. They banned Harley Davidson Fat Boy shirts after I wore one of them too, on ridiculous grounds. They also banned steel capped boots, but I’ll accept that one. I shouldn’t have kicked that dude’s shin. 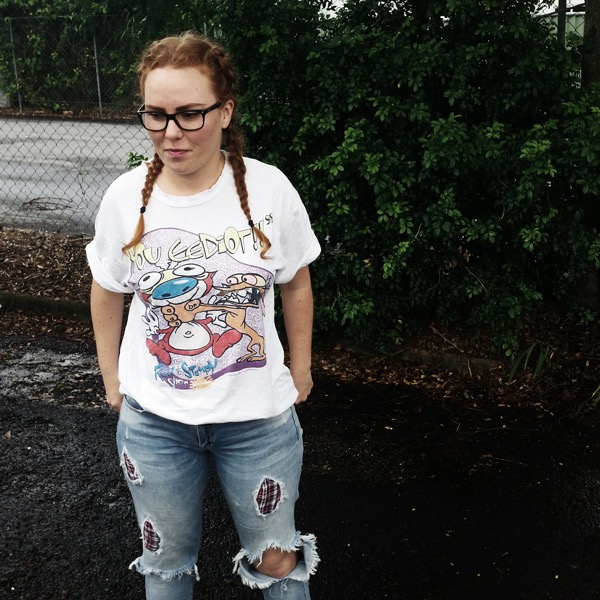 Anyway, I found this shirt again recently and I paired it with my super well worn (they didn’t come with those patches and only half the tears), torn jeans. This is me. Torn jeans and a shirt. Me to a T. The shirt is torn too, with age. And I have to say, it didn’t fare too well after the washing following this outing, so it may be another 20 years before it sees the light of day again. 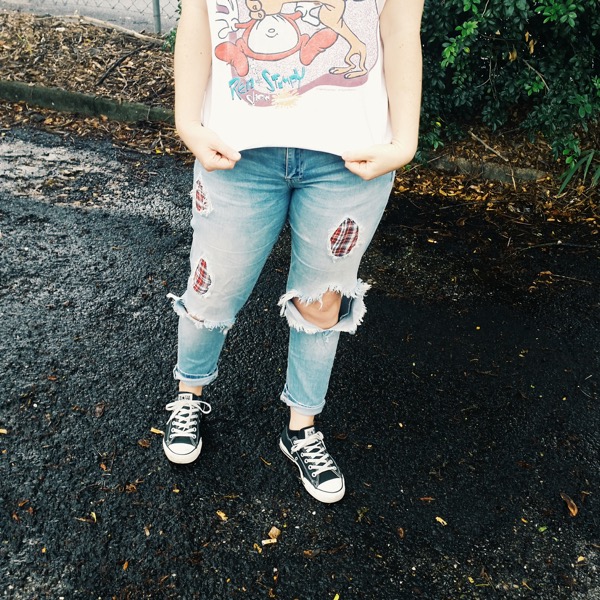 Can we just take a minute to digest the size of this shirt? It’s ginormous! I’ve rolled the sleeves and tucked it in and it’s still oversized. It’s a men’s XL for heaven’s sake. We wore ’em big (you might even say shapeless) in the 90s. 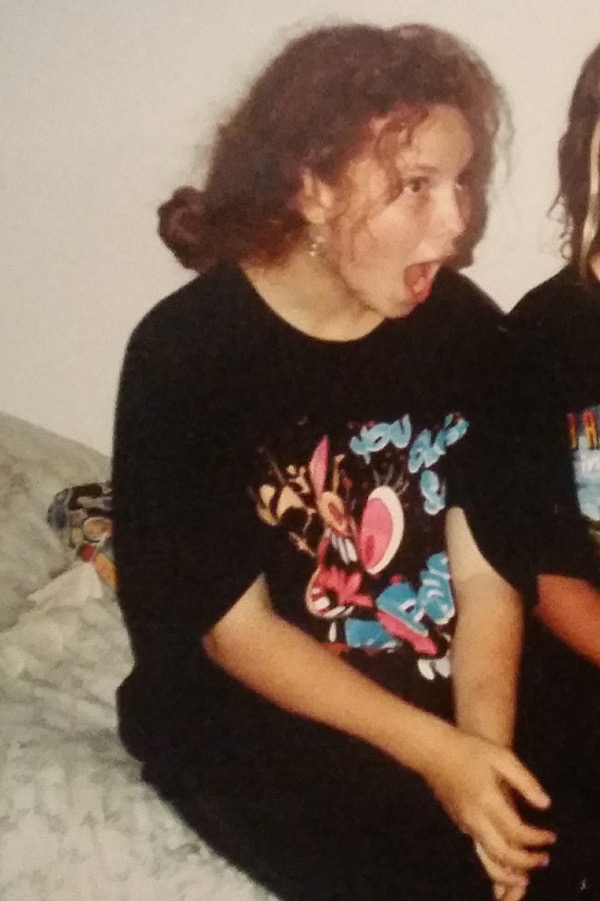 Confession time: I wore this outfit back in December last year. The reason it’s taken me so long to post this is cuz I wanted to find a picture of me wearing this shirt when it was new. I could picture the, uh, picture in my mind, it was just a matter of remembering where I’d stashed the photo album. I finally found it this morning and wouldn’t you know it, I’m not wearing this shirt in the picture. I am, however, wearing a different Ren & Stimpy shirt, which I may well have been given on the same birthday. I know it’s the same year anyway. So here, enjoy.

(P.S In this shot I’m sitting on my bed with two friends of mine. Mum took the picture and right before she did so she said, “Imagine Silverchair just walked through the door.” I had pictures of Silverchair torn from magazines and taped to the inside of my cupboard door, along with a letter from them I got as part of their fan club. My friends — thoughtfully cropped out here — simply smiled. But I showed my real feels. My real, real feels.)