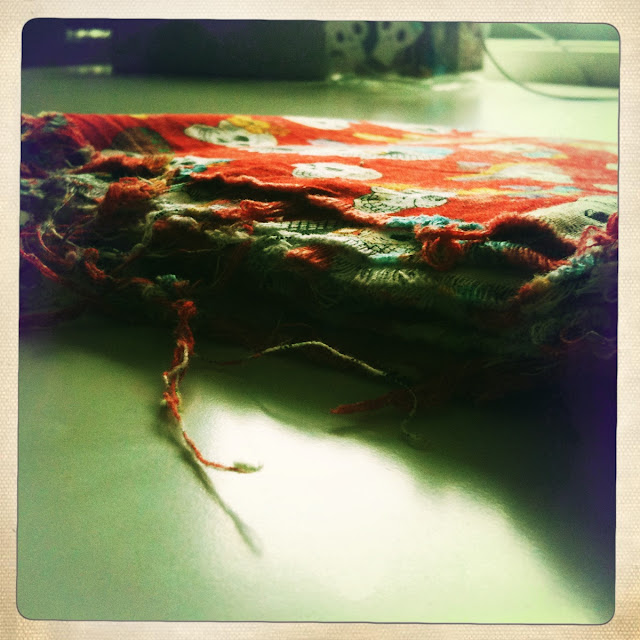 So, the wonderful Hen has been pretty darn busy being super rad, of late. Not only did she snag an utterly awesome shirt for The Man (even though I cut it up and claimed it as my own before he even had a chance to try it on), but she found this wicked fabric for me!

Isn’t it glorious? And totally in need of an iron? My bad.


Anyway, it’s spectacular, only…I don’t know what to do with it! I feel it needs to be made into something worthy of it’s white hot excellence but I just don’t know what.


And that’s where you crazy kids come in. Suggestions! Please!


And as a reward, I will post photos of the creation process. So you can really see how short my fuse is when things don’t immediately go my way. Also probably present: much frowning and cussing.


So please, suggest away! 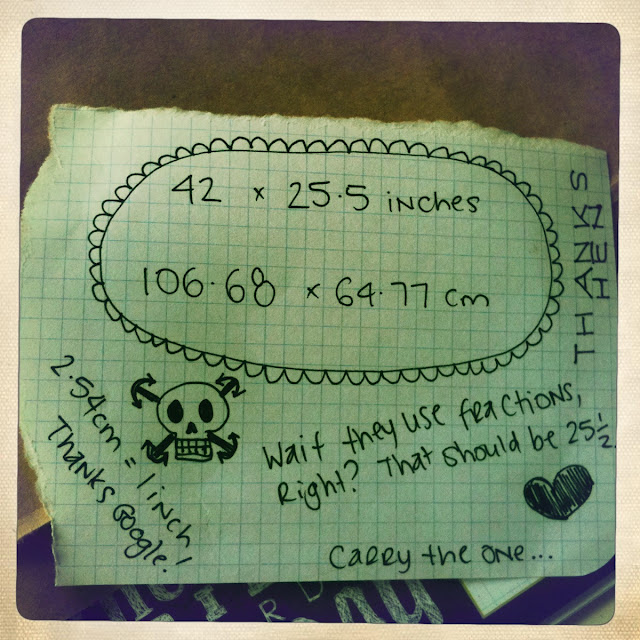 Oh, here are the measurements. Yeah, I totally wrote it on grid paper to make it look more mathematical. I was gonna try and work out the conversions myself but then I remembered, “Hey, Google” and also, “Hey, I don’t actually know how many centimetres are in an inch” and then, “Hey, I’m gonna draw a skull with anchors behind it. Neat!”