Cooking With The Captain 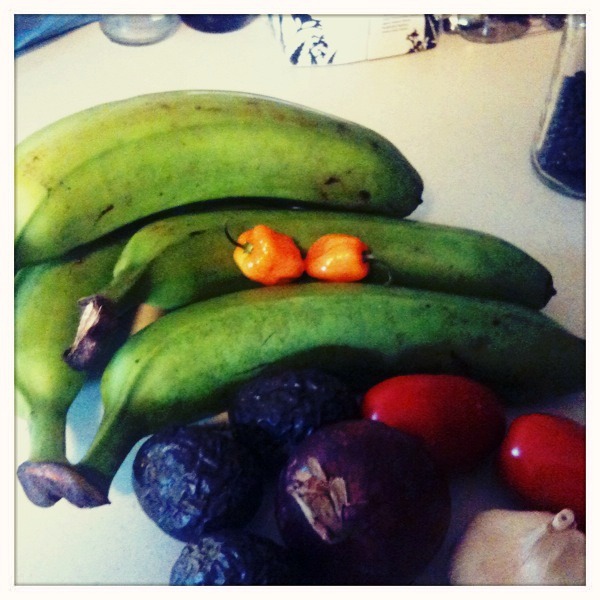 Our friend The Captain came over the other night. We cooked up some crazy good food. Because that’s just what we do. We also drink beer (and cider, depending on the mood) talk smack and generally have the most fun ever. 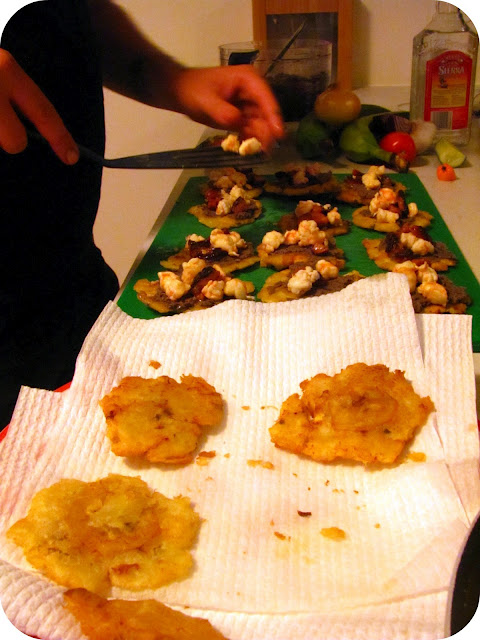 We made Barking Chupacabra’s™* chorizo, prawn and black bean tostones with passion fruit habanero salsa. Which. Were. Incredible! 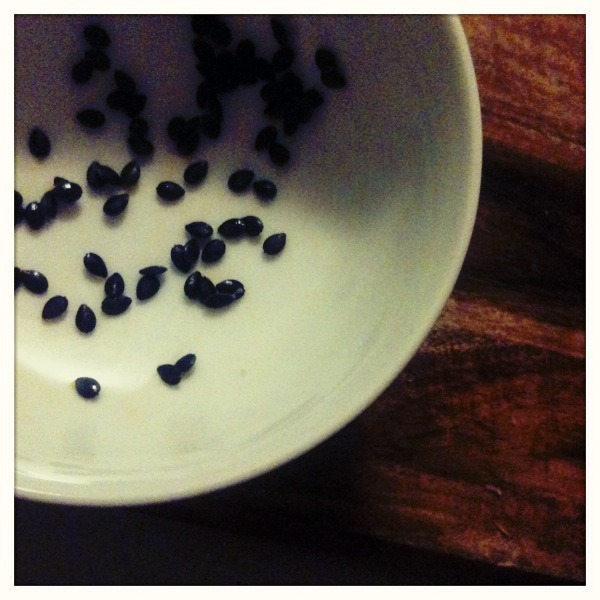 We had a general idea of what we wanted to achieve and just sort of winged the rest. Which is how I ended up separating passion fruit seeds from the schmutz around them, one by one, by hand. I had the brilliant idea to toast them and sprinkle on top of the salsa. They turned out AMAZING** but my lord what a process! 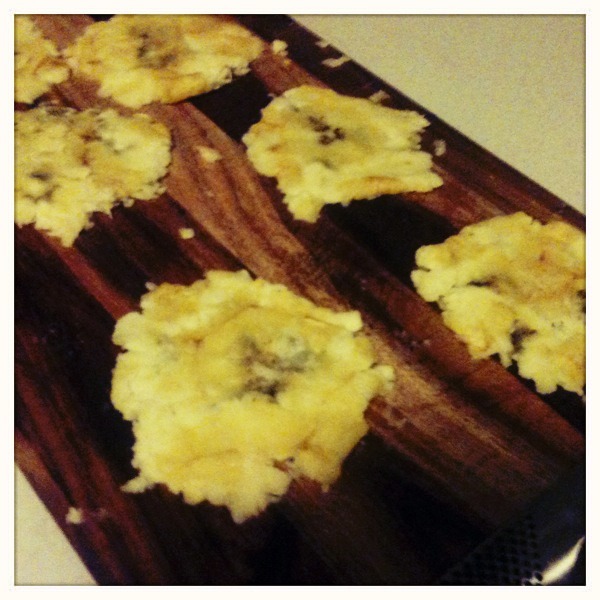 The tostones themselves were made by frying, smushing and re-frying plantains. Delicious, again. 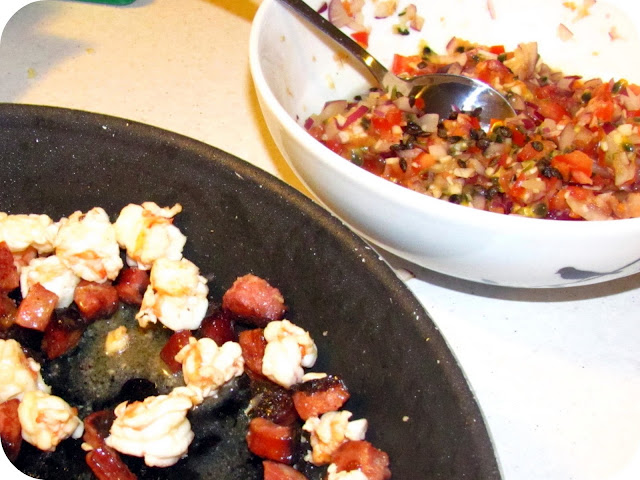 The prawns were marinaded in lime and tequila and fried off with the chorizo.

The party reached a whole ‘nother level in the drink department though. This is an Habanero G&T. Or the Barking Chupacabra House G&T. Harmless enough, right? You’d think there’d be an element of warmth to the after-taste, a little tingling on the lips maybe? 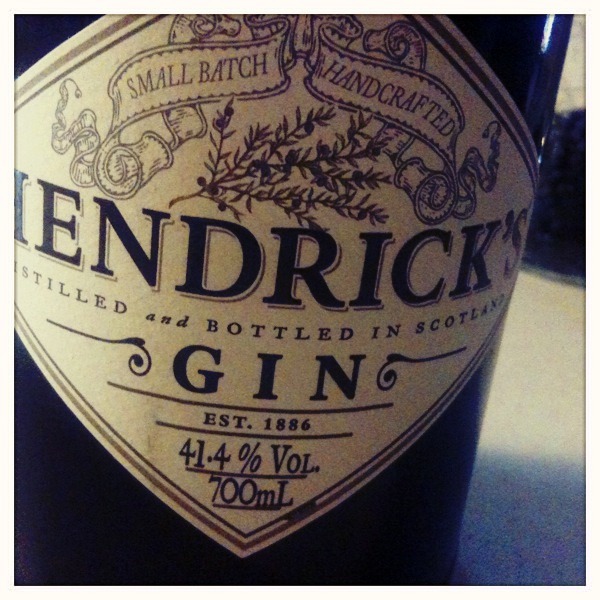 No. No, see what happens is: the bubbles from the tonic capture the capsaicin of the habanero and deliver it POW! straight up your nose and into that lovely fleshy part where your eyes, nose and mouth meet. What happens then is a whole lot of sneezing, coughing and eye watering. Followed immediately by a fit of giggles and the next mouthful.
What can I say? We really know how to party.

*Barking Chupacabra is the name of our inevitable restaurant.

**Dry toasted passion fruit seeds, if  you’re curious, have a delightful nutty flavour to them. They’re sort of like pop rocks on account of when you crunch down on them, they crunch a couple of times. Does that make sense? Because that’s what they do.