Bluebird on my Shoulder 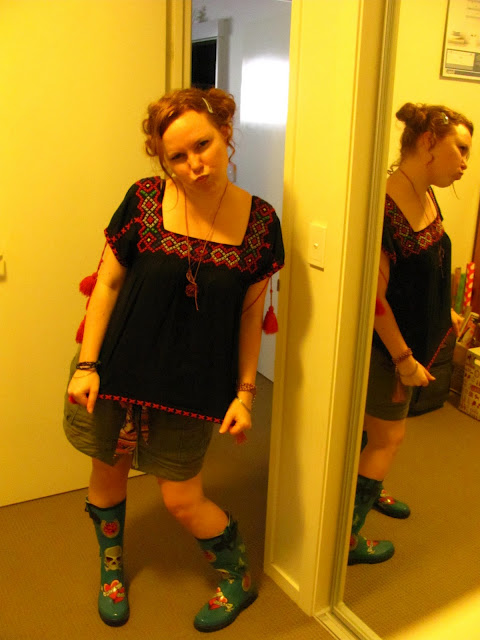 Friends, I am on Twitter. I know. Or rather, I don’t. I’m floundering around on there like a flounder that’s been removed from the water, spun around in circles and made to run in a straight line. 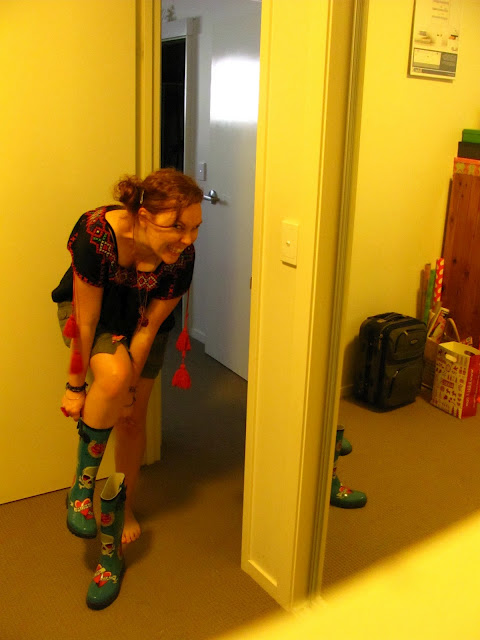 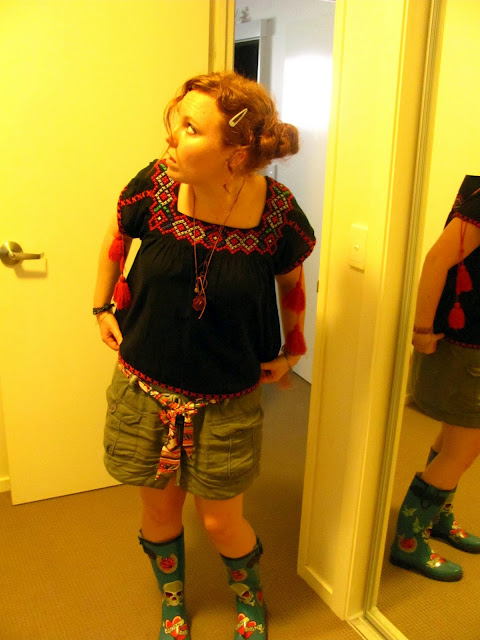 Now what would make me want to go and do something like that? I’ll tell you. Something very special and super, DUPER awesome. Something that will be revealed on Tuesday. 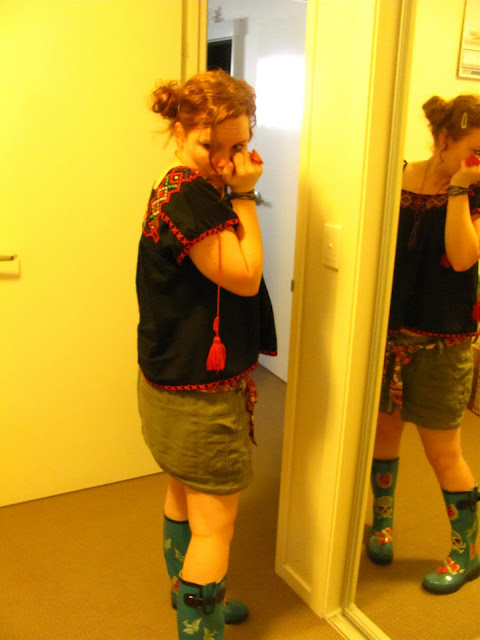 In the meantime, I suggest you join me in the world of floundering. It will make Tuesday all the more sweet. Trust me. Run along and get a bluebird of your own. Or if you’ve already got one – become friends with mine. 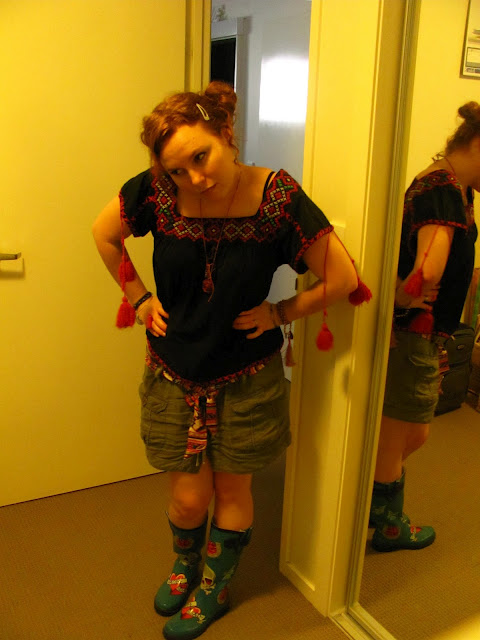 I’m pretty sure I want to call him Fergal. But that may just be because I’ve been naming everything Fergal lately. It’s a good thing I don’t have kids, right? 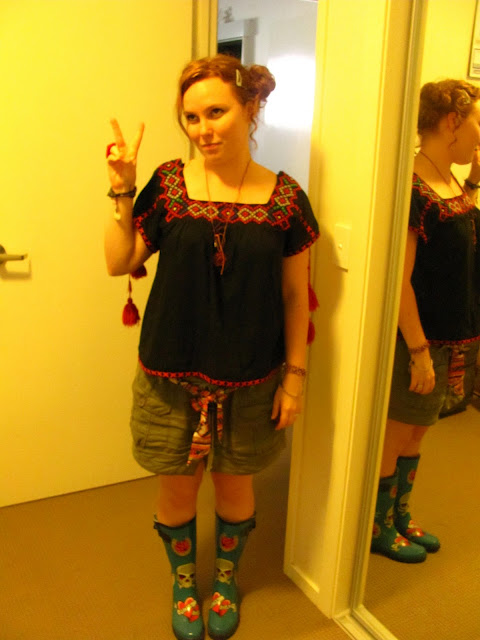 Oh, the outfit, right. I decided to channel a little 1990’s music festival all up in here. I just need a bindi and the transformation is complete!