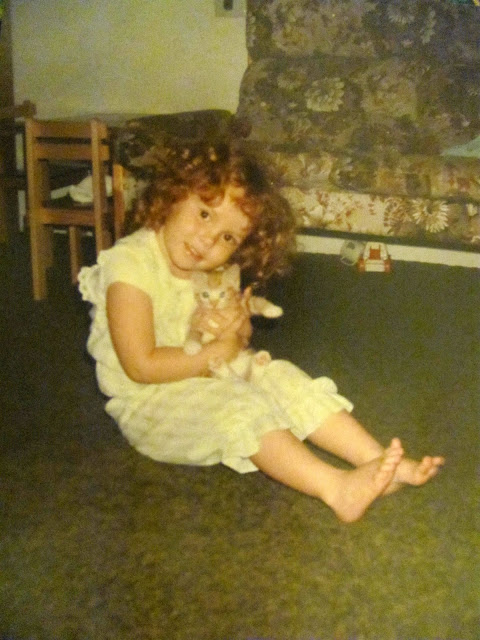 Here I am, age 3, with my kitten Molly. I had 3 cats named Molly when I was younger. One after the other. Not all at the same time. That would have been confusing.

I would like to think that they were named after Molly Ringwald. The Breakfast Club, my favourite movie, did come out that same year. Though, I wouldn’t watch it for another 18 years. But, you know, maybe I just knew.

Someone once told me that I was like “a punk rock Molly Ringwald”. Single best compliment EVER.