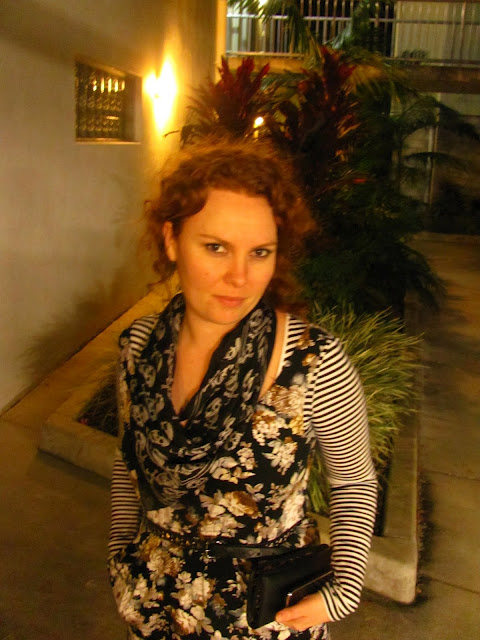 The first time anyone called me “Blue” was my music teacher in grade 5. I was so confused. I remember thinking “my eyes aren’t blue, they’re brown…” He then explained that he called me blue because I had red hair which didn’t make any more sense to me so I stared at him blankly. What a ridiculous nickname. You don’t call someone “Whitey” if they have black hair. It’s silly. Makes about as much sense as “Carrot Top”. Having red hair, you get used to people calling you names. Sometimes flattering, sometimes not. At school it was mostly not. 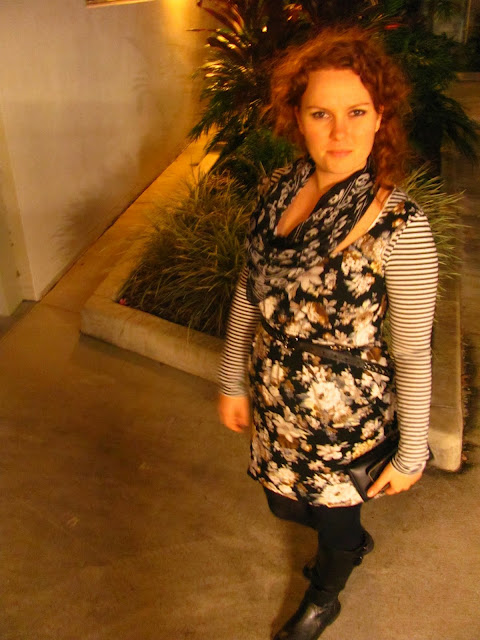 I’m not trying to start a pity party. I like my hair. And I don’t give a damn what other people say. I just think it’s a silly name is all. 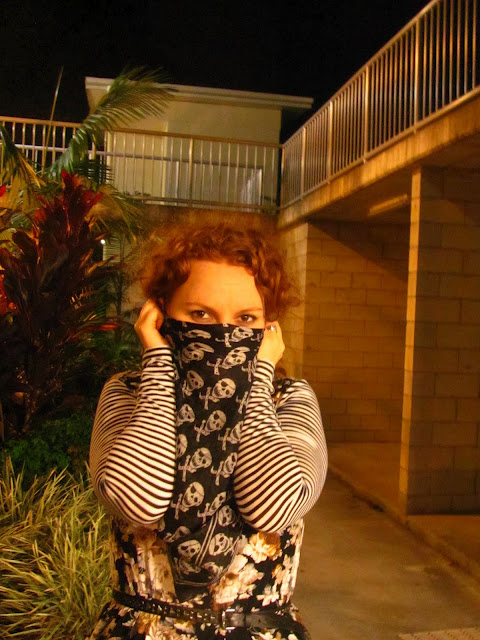 Moving on, I played with the blue elements in this dress again today. Though you wouldn’t know to look at it, this top is navy and white. Perfect with these tights (also navy) I thought. And the scarf, well, I like it. I haven’t worn one this way in a while. The whole keffiyeh overkill thing soured it for me. I like to think that it’s a little more cowboy/bank robber/pirate anyhow. 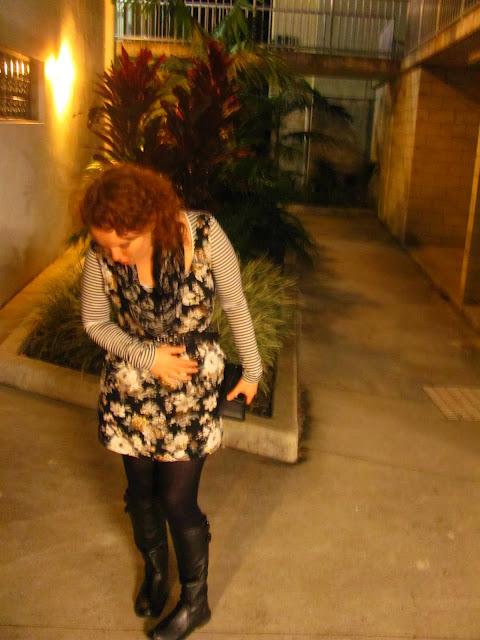 I really do like this dress but I don’t know that the pockets are doing me any favours. Don’t get me wrong, I like a good pocket as much as the next girl but when they move from pocket to paunch it’s not so wonderful.