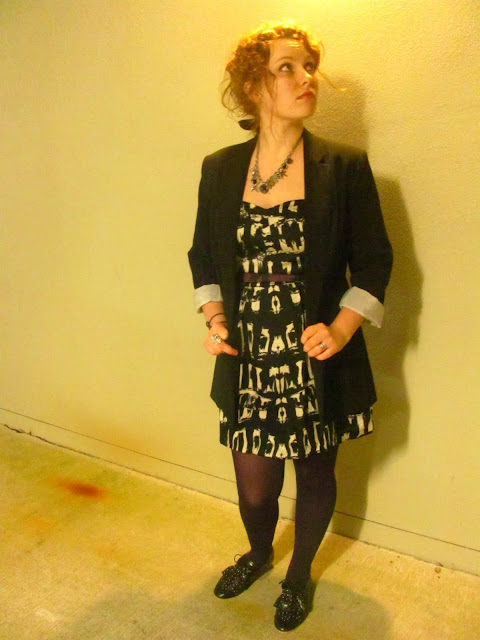 Like my new shoes? I’ve been looking for good, studded flats for ages. They’re not exactly what I was after but they’re pretty damn swell. I ordered them online and had to specify my size in centimetres. It was a bit scary but it all paid off in the end. Plus they have Bright Eyes lyrics written on the sole inside. 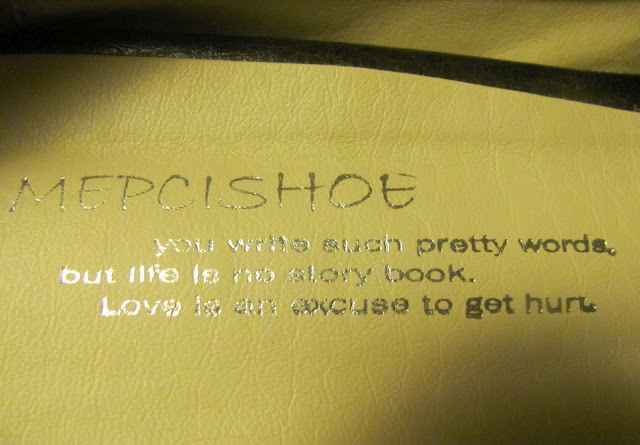 I’m not sure if it’s appropriate but it’s a nice touch. 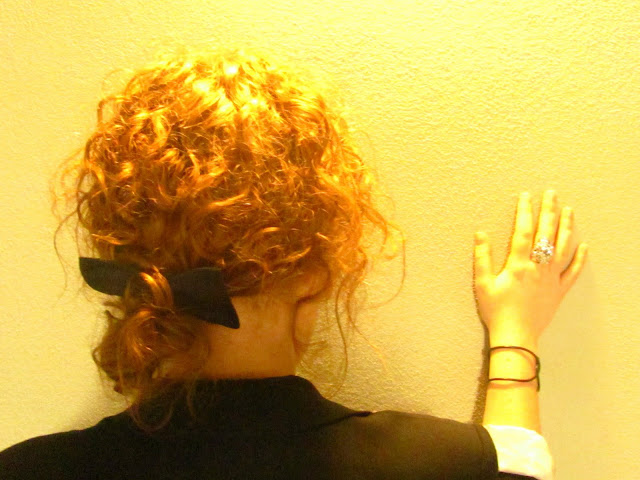 When I was showing them off this morning, one of the guys said that he liked them because they reminded him of a 17th century shoe that a man would have worn with his stockings and wig. He then questioned himself as to whether it would have actually been more 18th century. I totally get it. The purple tights lend a regal feel. And the bow with the lone ringlet in the back? Very 17th-18th century dude. 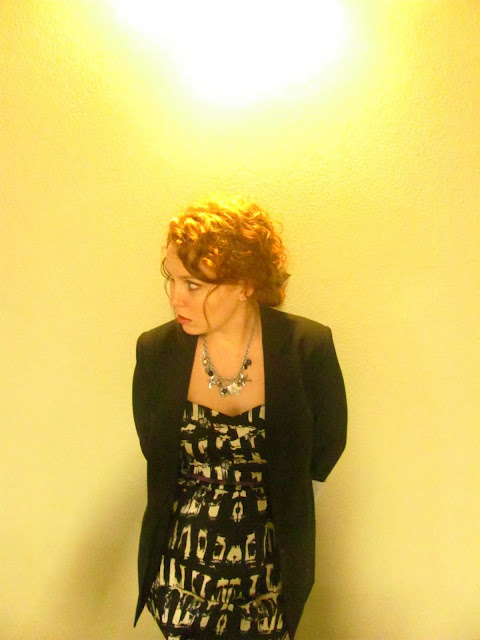