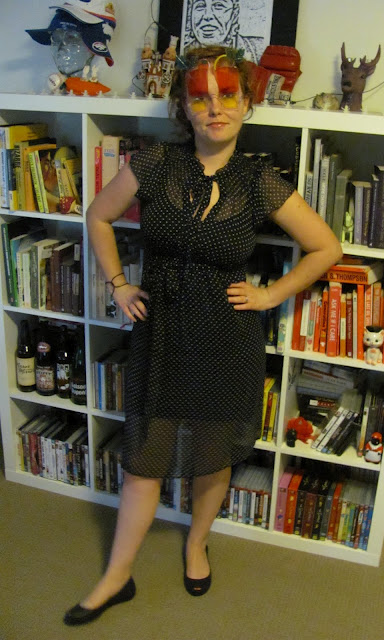 Ahhh, I am the master of Dad jokes. 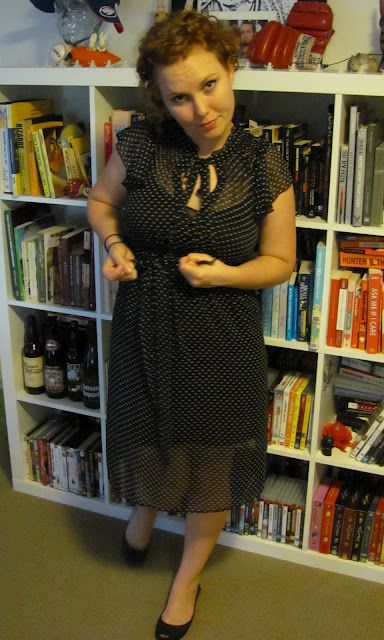 I kept today’s outfit quite simple for two reasons. One, it is stinking hot again and two, because today I wanted the focus to be on my new glasses. 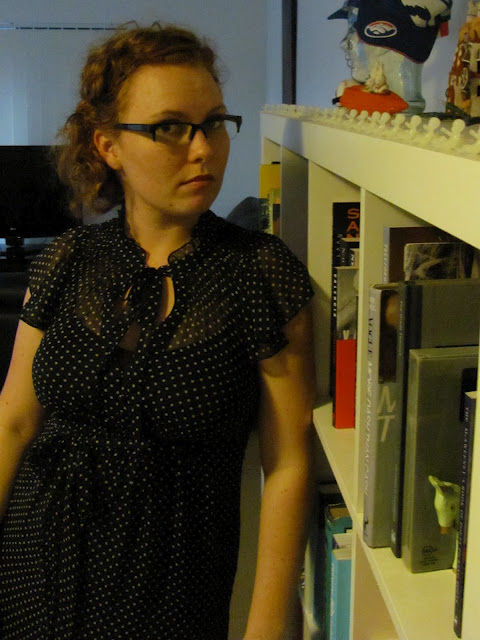 Aren’t they swell? They are. I know. And I can see! I mean I could see before but now the computer screen that I spend the better part of my waking hours staring at is all crisp and clear. There is quite a difference between these and my last pair that I got 5 years ago. These actually have a little bit of magnification going on and I tell you, I felt Old Father Time laughing and slapping his knee as I put them on. 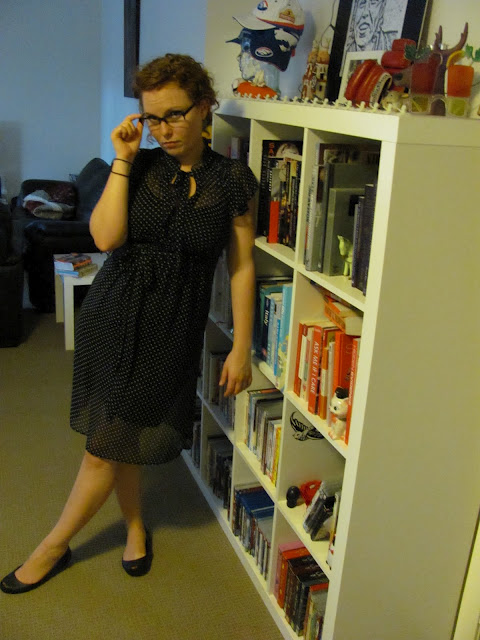 For a little pizzazz in an otherwise simple outfit, I added my Vivienne Westwood shoes. Mere words cannot describe friends. The problem though, is that they always rub my feet raw. I never thought I’d be that girl, who wouldn’t stop wearing shoes that made her cry, just because they were so damn pretty. But they’re Vivienne Westwood! I never in my lifetime thought I’d own a piece of Westwood. 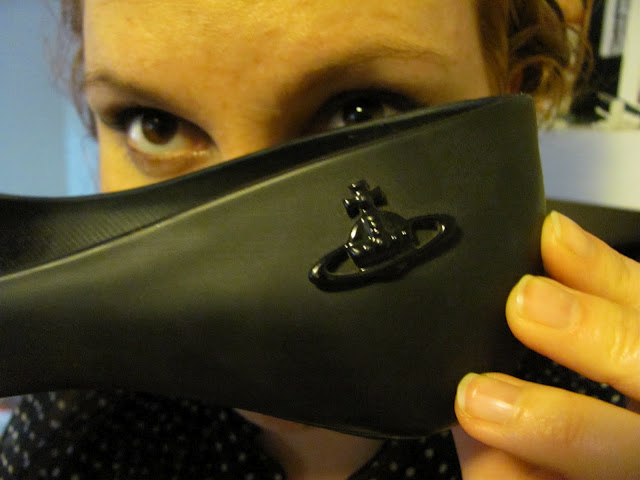 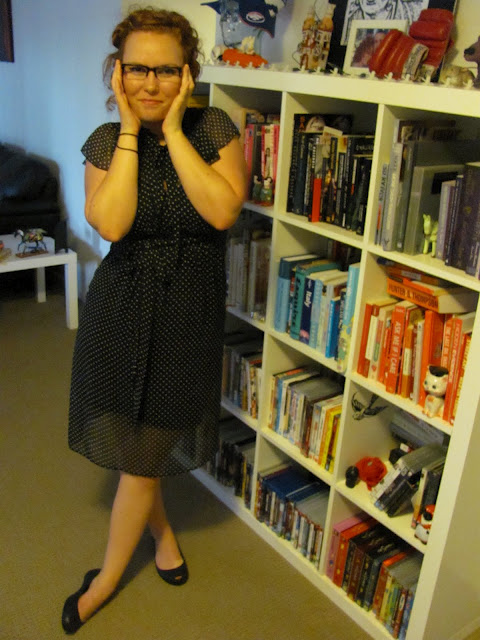 So I’ve decided to give them a rest until winter when I can safely wear them with a layer of tights between us. Until then I am currently sporting 4 band aids and a slick of Lucas’ Paw Paw Ointment. If you’ve never tried it before it’s fantastic for rubbing shoes. Just apply some (or some Vaseline) to the part of your foot that it’s rubbing and the shoe will now just glide over. Incredible folks.