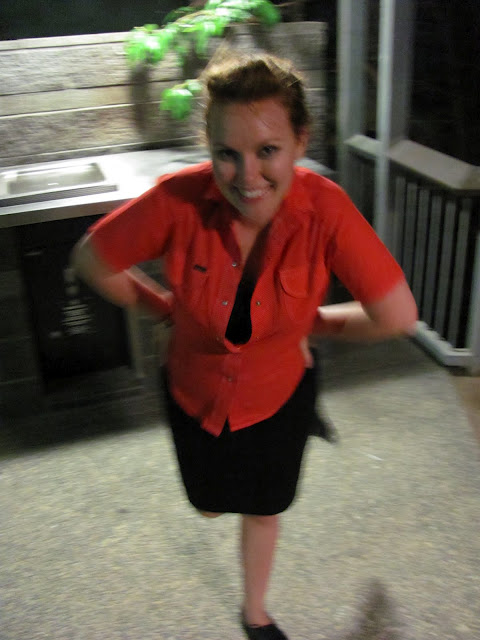 Today I feel like I should be working at a fried chicken shack in the 1950’s. If it wouldn’t dent my coiff I’d sport a white paper hat. And I guess if they wouldn’t pull me aside at work for being a little too in character. I mean they’re used to me being a little…zany but that white cap may just push things over the edge. And hey, we all gots to get paid. 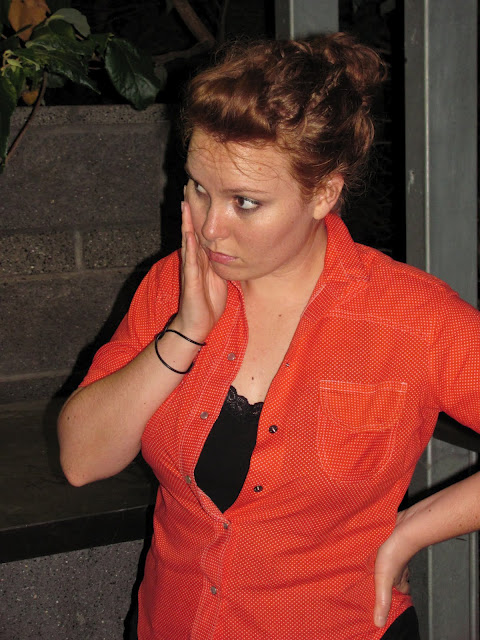 I found this little number on my recent op-shopping adventure with West. There is no way I was gonna walk out the store without it. It could have made me look like Ludo from Labyrinth and I would have still bought it. 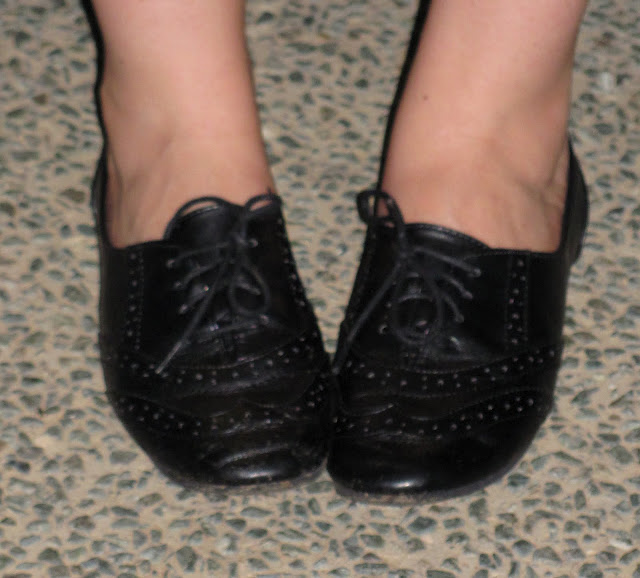 And these shoes? They’re one of the 2 new pairs I bought the other day, again with West. I sense a theme here. I’m sure you won’t be surprised to hear that I actually squealed when I saw them and ripped them from the shelf in lightning speed in the fear that someone else would grab them, even though there was an entire display of them. When I like a shoe, I like a shoe. 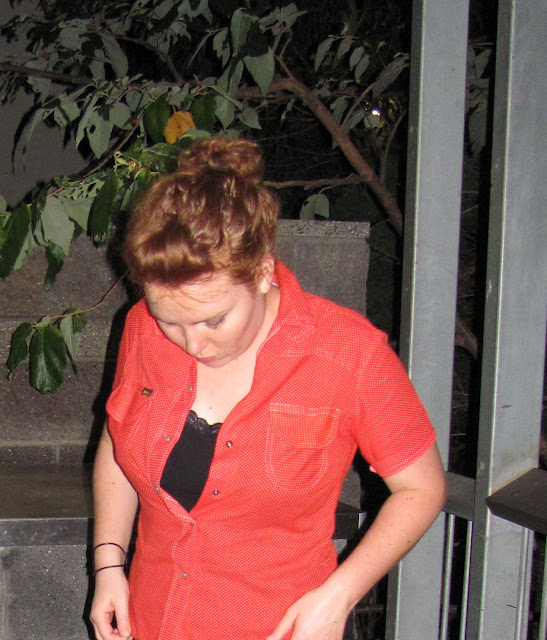 I thought I’d top the whole thing off with a coiff which worked quite well until I got caught in the rain on the way to the post office. But honestly, a couple of curls in the middle of my forehead weren’t going to dampen (ha, get it?) my love of a good down pour.